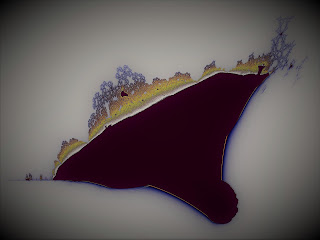 I do enjoy a slow burn, but I have to admit I'm getting impatient for Rammstein to release their last album after nearly a decade of waiting. We've heard that it will come to us sometime near the end of this year, but no other details have been made public yet. Meanwhile, I am still pounding out my own heavy work, my historical novel Matka Danu Miklagarth. I have set a goal for myself to try to finish the first draft before the Rammstein album release. In my mind, I'm sailing the Danube rapids on a burning ship, racing Rammstein.

Yes, I know that makes no sense. And that's okay. Inspiration doesn't need to make sense. 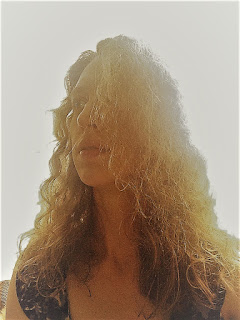 I need something to drive me to get this thing done before the end of the year. I've promised myself a sweet reward of whatever gloriously shocking special edition Rammstein ends up blasting into the world for their swan song--once I finish this draft. It's going to be a monster somewhere in the realm of 150K words, but that's okay--I like long stories, and I'm going to edit it down later, while listening to the hellacious sounds of Rammstein's burn-it-down climax.

But oh, the impatient yearning!

All rise and sing: 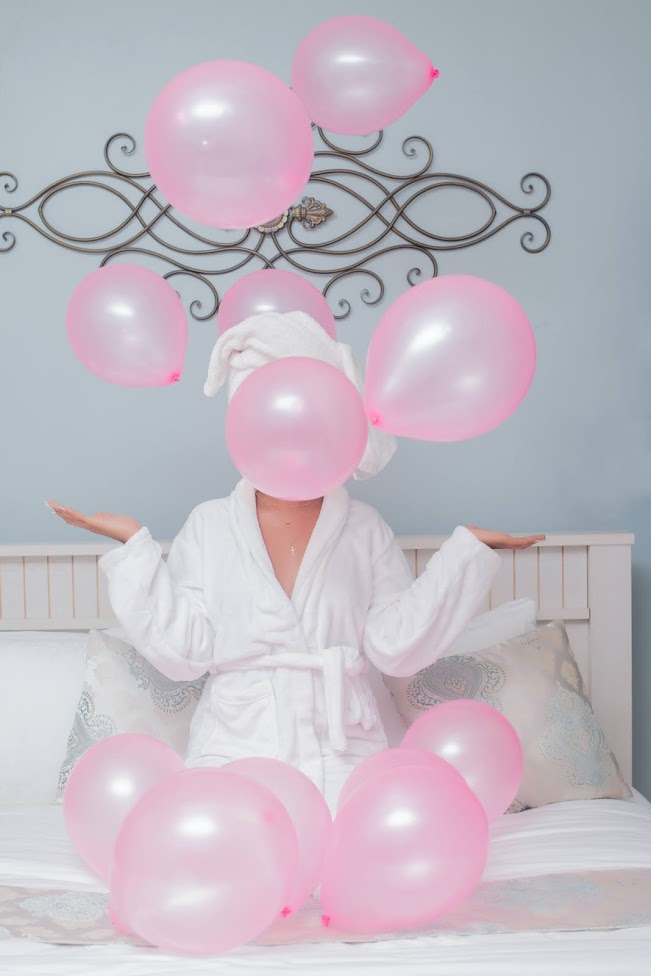 The prime of life starts at 35! It's the best-kept secret from younger people, but your 35th birthday is a major cause for celebration. For mine, I have made my own listicle of 35 reasons why experts agree that 35 is the best age to be: You get to say, "I'm 35." The number 35 carries so much more gravitas than 30, but you're only a few years older. At 34, I've started fudging my age--by adding a year. People automatically take me seriously, and if they don't, at least they tell me I look young for my age. (Eye roll, hair toss, "whatever.")  35-year-olds DGAF. Inner chill reaches new heights at 35. Despite its #2 status on this list, it's the #1 response I hear about what's best about hitting 35. My gorgeous friend Nerlie was beautiful and resilient and wise beyond her years in high school, but now, at age 35, she gets to fully enjoy being herself on her own terms. She writes,  "I've survived so much that I don't waste time on…
Read more

$Monday: We Can Rise Above Death Cult Capitalism 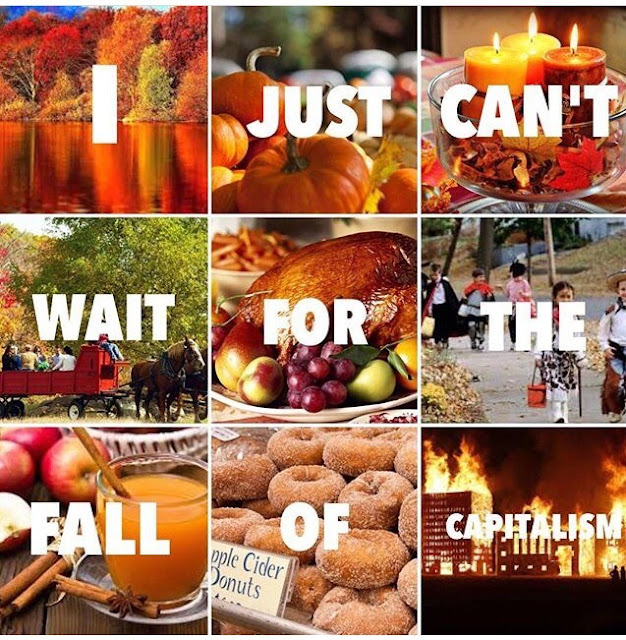 Mmm, doesn't the smell of a bonfire make you feel punkin' spicy? Growing up, I internalized the United States cultural values of hard work as its own reward, high scores, and monetizing everything. From the age of 13, I scrounged for paltry wages (childcare, tutoring, arts and crafts sales, retail and food service and office temp jobs) while earning high grades at expensive private schools. I learned to feel guilty about "wasting" time relaxing without multi-tasking or enjoying a hobby with no intention of turning it into a hustle. I didn't have enough time to eat or sleep properly, and it made me sick and tired all the time. I was curious and drawn to new experiences, but I always felt ashamed of spending any time or resources pursuing an interest that offered no clear path to a paycheck or an award that would reflect a flattering glow upon my forebears. I had a healthy rebellious streak, but I learned to justify my transgressions with proofs of respectability a…
Read more

TBT: How Do I Love Thee, Manual Mower? 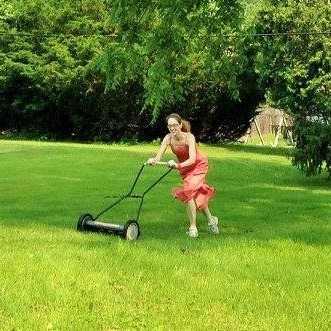 A dozen years after we found it in the shed of the house we bought, our love for this push mower is going strong. Though I will admit that every so often we can't keep up our entire property with this thing, and we do occasionally use a gas-powered lawnmower, our trusty "Flintstones grass cutter" still gets plenty of use as a simultaneous lawn care tool and workout machine. The next lawnmower we buy will definitely be an electric one, but nothing can replace the satisfaction of getting the job done with the power of the human body.Long ago, in the time of the Great Recession, I wrote the following sonnet as an ode to this simple joy.How Do I Love Thee, Manual Mower?

TBT: Men Belong in the Kitchen 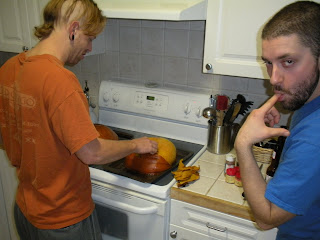 Before my daughter came along, my husband and I had a variety of roommates, including a cook who taught my husband the seductive culinary arts! I wrote the post below in the 2000s, when I was gardening, working two jobs, and participating in National Novel Writing Month. Today, my family still benefits from my husband's crash course in kitchen witchery. On his last day off, he made pizza dough and pie crust dough from scratch while our daughter remote-schooled and I remote-worked. When we ladies of the house finished our work, we joined him in the kitchen and put together some delicious calzones for dinner and an apple pie for dessert. It makes me feel so warm and content to cook with my loves, and to be honest, it makes me feel more attracted to my husband too! It's only human nature.If I may boast a little more, my husband also does almost all of the grocery shopping since the start of the pandemic. And he's great at it.
Not every wife can feel such affection toward her …
Read more

$Monday: Remote Work and Class in a Working Class Household 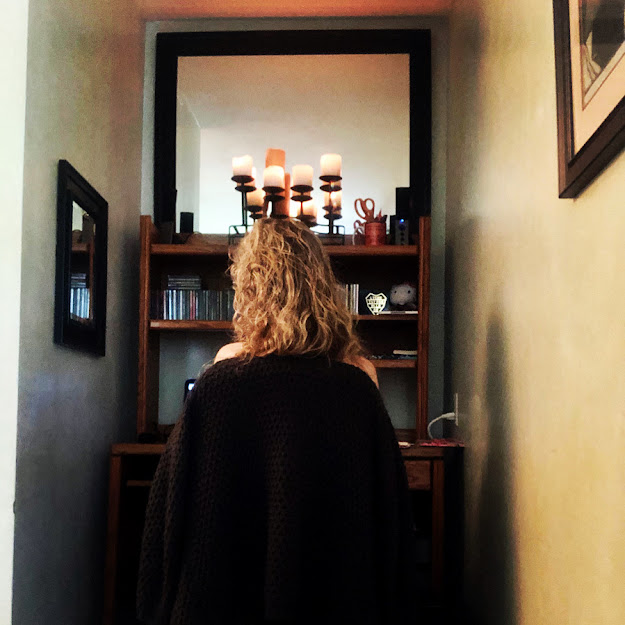 In a chaotic year, a tidy little home workspace is everything, and I do mean everything. It's work, school, shopping, socializing, news consumption, cooking class, physical training, and entertainment. It's the hub of daily life in a pandemic. While I look forward to the day when we're not tethered to our home computers, I know that realistically, we're in this for another year at least. This is how my own working class / lower middle class family is making the best of it and savoring the silver linings wherever we can find them.
There are as many ways to set up home offices and school desks as there are families and individual circumstances, and it can take time to figure out a setup that works for you. While there are unique challenges for everyone, except for maybe the disgustingly rich, I've found that there are also some benefits of working and learning from home that we, as a society, may want to not only extend into the future, past the pandemic, but also ext…
Read more 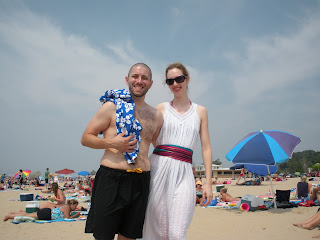 My husband and I have been accustomed to swapping some of our traditional vacations for staycations and short day trips since the Great Recession, back when finances were the only big concern with travel. Now that there's a pandemic, the added stresses of masking, sanitizing, social distancing, and avoiding public restrooms have shrunk our comfort zone even further. This year, the longest we've driven to a swimming destination is 30 minutes so that we don't have to share vehicles or restrooms with anyone. We choose a less busy time, pack our own water and snacks, find a secluded spot, and don't stay too long.Relaxing at breezy, open waterfronts has been one of the safest and most pleasurable ways to get away from the daily grind during this pandemic, and it's no wonder many of us have been drawn to the cleansing serenity of a sandy beach. This year, sadly, I have to bring up water safety on top of Covid safety. Great Lakes currents are deadly, and they've alrea…
Read more

$Monday: Home on the Battery Range 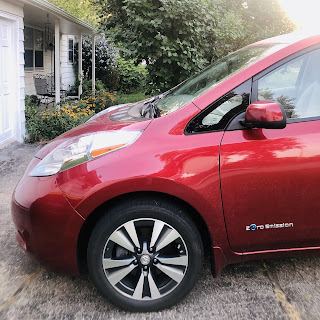 It's the last week of summer vacation in Michigan before the children plug in their Chromebooks for remote school. I'm ready to say goodbye to this heartbreaking season split between isolation and crowd madness--no, I don't mean the protests for racial justice, which we enthusiastically support--I mean, the raging road trips that Midwesterners have binged on in a tragic attempt to escape the reality of our temporary but difficult pandemic circumstance. While many of our friends and extended family have spent their summers and their stimulus checks partying "Up North" this summer--and two of my husband's loved ones died doing it--my little household and a small but strong cohort of our friends and family have committed to keep on staying home, staying safe, and taking smaller risks out of consideration for others in our communities. Not only did we opt out of all travel this summer, including road trips, we emptied our savings to reinvest in the future by upgr…
Read more

$Monday: The Value of Living Close to Your Care Network 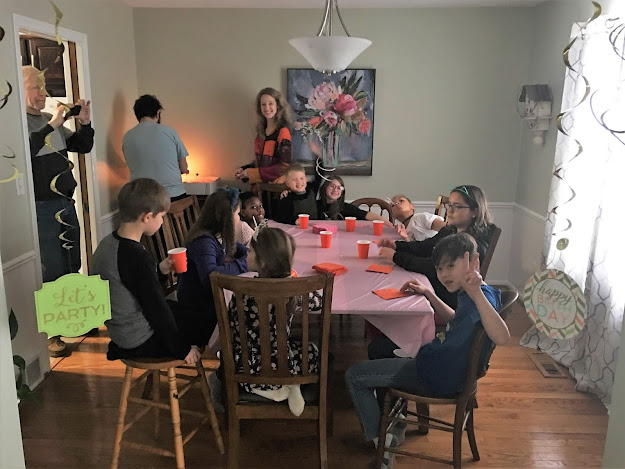 Right in the nick of time, before Covid lockdowns, my family shared our best-ever Thanksgiving, Christmas, and 9th birthday party, all at my parents' new house down the road from my house. Looking back at that time feels like a dream now. We had hoped that my parents' new house would become the perfect venue for big, happy family celebrations, and it did. Those memories are going to be priceless in getting us through a very different kind of holiday season this year.
My parents and my immediate family are holding the line and not visiting with any other households indoors, and my parents' proximity to my house has made it easy for us to visit with them frequently, in each other's backyards. They come up with fun things for us to do together from a safe physical distance, like watch my daughter play in the sprinkler or an inflatable pool, or put up a badminton net.It has been good for our mental health and family relationships to have that access to safe ways of socializ…
Read more

TBT: Song of the Apartment 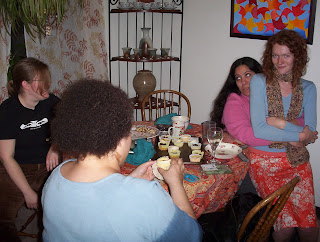 Leading up to the Great Recession, from 2006 - 2008, my husband and I lived in a cheap downtown Lansing apartment. While we don't miss the apartment itself, we do have some fond memories of our time there. Yet looking back from where I sit now (a cheap house in an affordable, diverse, beautiful, and comfortable suburb), I realize that living in a low-income apartment can be a much more healthy, safe, and dignified experience in a community that cares more about its poorest residents. By "cares" I'm not talking about feelings so much as actions and physical realities. I mean municipal-level design, planning, and implementation of social services that raise the tide and lift all the boats. In a more humanely run community, people of humble means don't have to choose between laughing or crying at all the drama in their own lives and their neighbors' lives created by untreated mental health and substance abuse struggles and lack of access to basic needs.
There is …
Read more 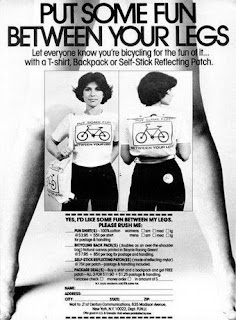 More than a decade after the greater Lansing area began projects to build, improve, expand, and connect pathways for pedestrians and cyclists, my family has been enjoying the opportunities to go for scenic bike rides and to commute by walk or bike to school, work, parks, and stores. The new site of my workplace, a non-creedal church that serves a diverse community, was chosen partly because the new network of pathways (in addition to the old network of public transportation) connects to it. When I wrote the post below, the Great Recession had shut down local General Motors plants and left big areas around my neighborhood looking like post-apocalyptic wasteland. Where some people saw devastation, my husband and I saw opportunity for something better. As of 2020, some of the "GM Wasteland" is still a mess. Some of it has gone back to work manufacturing automobiles. Some of it has been filled in with arrays of solar panels to generate clean energy for the Lansing area. And arou…
Read more