Four-Way with the Vampire 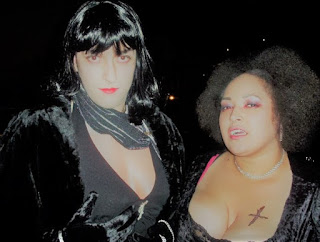 Word on the Tweets is that there are literary agents seeking vampire stories... again. In case this actually becomes a new publishing trend, so soon after its most recent demise, the ladies of the Pigasus Pen have collaborated on developing a concept that Christina (seen here as a vampire, next to my husband in drag) has been keeping in her cleavage for a decade or two.

I can't give any spoilers, but I will say that the idea may get tied into the fictional television show "My Boyfriend the Vampire" from Meika's Breakaway romance novel series.

Meanwhile, I am still writing Matka Danu Miklagarth, and there are no vampires in it, because nobody had thought of vampires yet in the 11th century. However, they had thought of Slavic cannibal mermaids and guardian spirits of the forest and other great paranormal boyfriend/girlfriend material, so there's that. 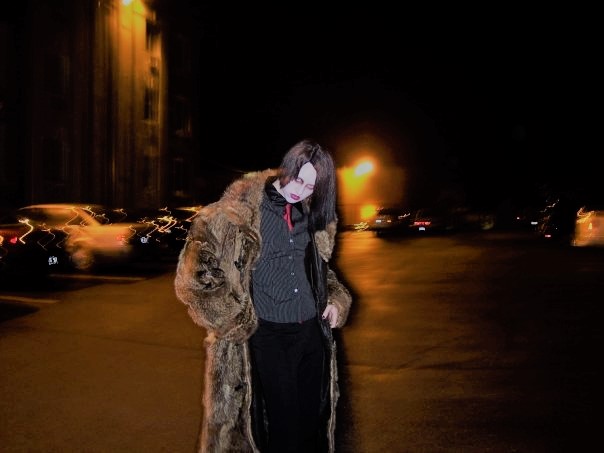 And here's a picture of me on the same Halloween when Christina was a vampire and my boyfriend (husband, actually) was Dita von Teese. I was, of course, Marilyn Manson, who also keeps making comebacks--he's big in Japan and France, anyway--and is quite like an imaginary vampire boyfriend. This could happen. It could become a thing. And if it does, the Pigasus Pen will be ready.
community entertainment storytime 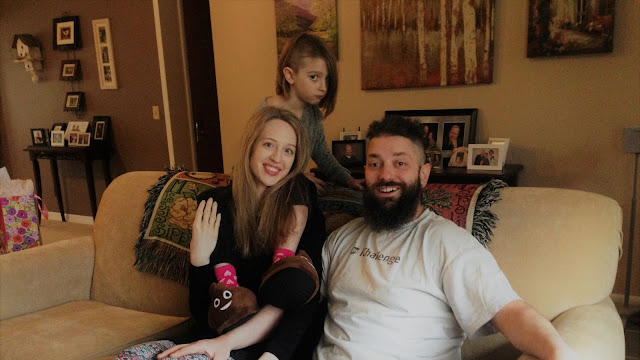 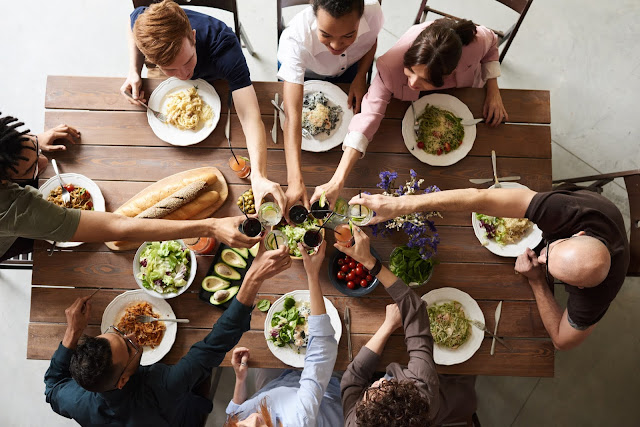 Remember when co-housing, roommates, and multi-generational family homes were good ideas? Those living arrangements still have their advantages, but during a pandemic, it is much safer for individuals, romantic partners, and caregiver/dependent units to have their own spaces, amenities, and entrances. I miss the days when that wasn't so.


I hope that one day soon, this pandemic will end, and the Great Recession-era post below will once again be relevant... at least for some people, at some times in their lives. I'm sure it is still relevant on well-governed, geographically isolated island nations such as New Zealand and Iceland. Oh, to be in one of those nations at this time!

I sure do miss hanging out with my friends and having overnight guests, but in this very particular moment, I am grateful to live in a single-family home with only my husband and daughter and to enjoy the ability to stay put in it most of the time. I sure did not see an out-of-control pandemic coming when…
Read more 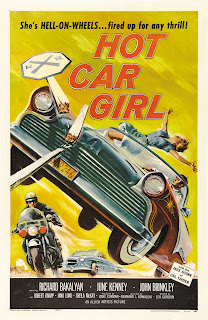 Our philosophy has not changed much since I wrote the post below. After the car we worked on in that post finally rusted to pieces (literally, like in a cartoon or something, because Michigan), we drove a used Nissan Altima (fun but terribly expensive and difficult to repair, even with our DIY ingenuity and locating auto mechanics that we trust) and then made the awesome leap to a fully electric Nissan Leaf. It is such a relief to drive a car without an engine--no gas! no oil! no tune-ups! no Check Engine light surprises! Just the occasional windshield wipers/fluid/air filter replacement. Even the brakes are designed so well that we've never needed them serviced.

Now that the car has reached almost a decade of use, it's getting a little more costly to maintain (though still way less than any other vehicle we've ever driven). We finally had to get the factory tires replaced recently, and the computer that controls the door windows going up and down just died, so we can'…
Read more 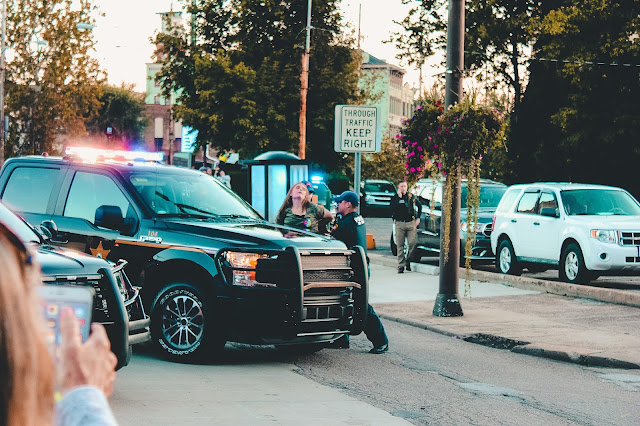 I don't have an old post to share for today's #ThrowBackThursday because I've kept this blog focused on personal and creative topics while I've engaged with larger political and social issues through my day job for the past 14 years. But let me tell you, after a couple of decades (if I include college and later high school after I made the jump from private to public school) of actively exploring and seeking effective responses to social injustices, it's amazing to see mainstream America finally, suddenly, collectively get on board with the mission of making life better for all of us--centering, finally, those who have been most exploited by our systems of power.

As I write this, there are still folks standing confused on the sidelines. It doesn't make you a bad person to not know certain facts or understand dynamic systems like United States policing (provided you haven't avoided facing those issues on purpose), but it does make you a better person to lea…
Read more 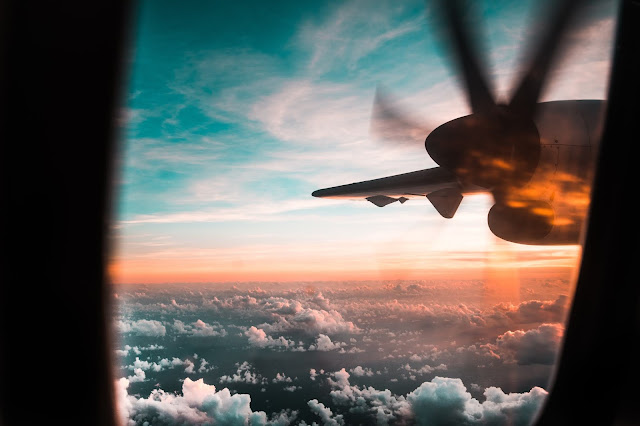 When I was young, even after 9/11 made it a little more scary and a lot less convenient, I loved the thrill of air travel. Nothing compares to being lifted into the sky and jetted across the United States or to another country, another continent even, in just a few hours. And nothing in life can fully substitute for the mind-altering trip of immersing oneself in an unfamiliar culture for days, weeks, or months. Once I started traveling, I thought I'd never stop--I had become a traveler!--but financial constraints and parenthood put international travel goals on pause after my honeymoon. Now that the world has had to reckon with pandemic and climate change like never before, I've accepted that my dreams of continuing to explore the world as a traveler are indefinitely grounded.

For moral as well as practical reasons, my husband and I decided--even before the pandemic struck--that we would no longer make any long-distance journeys until:

1) it was for a critically important rea…
Read more 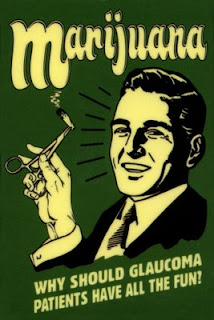 Raise your hand if CBD oil is saving your life in 2020! Yeah, me too. I am using a small dose of a product by CBDistillery for a few days each month, starting just before my period. That's when I tend to have my worst anxiety episodes, typically occurring in the evening, resulting in acute cramps, nausea, flare-ups of fear that I am seriously ill, uncontrollable shaking, and hours of insomnia. I don't think these episodes are quite the same as panic attacks, though I have had those as well, about a half dozen times since my teens (at random times, not according to a hormone-related pattern).

I started taking CBD oil earlier this spring, and since then I have had only one evening anxiety episode, which lasted only about one hour instead of the usual three or four. I have also completely, 100% avoided the symptoms of summer Seasonal Affective Disorder, which is rare but real and horrible. In past years, I have lost my appetite over the summer and become underweight and severely…
Read more

A 4th of July Playlist for Sh*tposting Haters Like Me 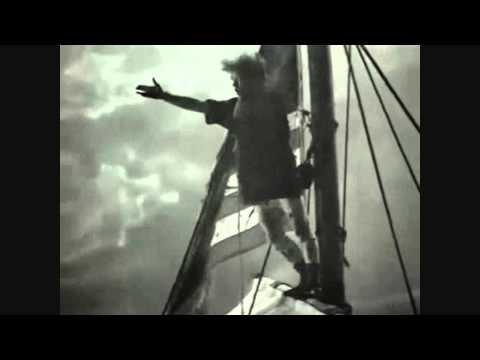 If you can't beat 'em, join 'em! This year, there is no hope of avoiding loud redneckery, gauche displays of nationalist pride, or even the rising trend of born-again Nazi exhibitionism that are all so hot in the hot, hot summer of 2020. And yet, I've got all these fun childhood memories of the 4th of July, and I have a kid who's excited about fireworks. There's a pandemic, in case anyone forgot, so we won't be able to walk down to the park and join a crowd of spectators for the usual professional fireworks display, so this year we bought some stupid recreational explosives to set off in our own yard.

We plan to pump up the jams, grill some greasy meats, open a bag of chips, park our rusty red pickup truck in the front yard and turn the bed into a redneck swimming pool, then light fireworks out of it until our retinas are seared and our eardrums burst.

Below is my intended playlist of epic metal anthems about America--except the last one, which is an epic m…
Read more 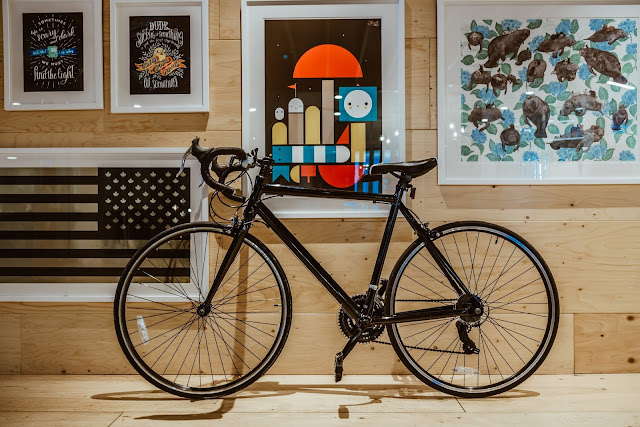 I would love to live in a community with high-speed electric trains to cover distances too long to walk. Until we get there, I'll keep on using two of the lowest-cost vehicles to own, maintain, and operate...

Get a proper bicycle at a proper bike shop, and it will transport you around town for many, many years. You can also quit worrying about when it will be safe to go to the gym again, and you'll turn into a total Lady Legasus if you ride often. Still, a bike is not the best vehicle in stormy weather, so we also drive...

A cute little electric car is a lovely pod of comfort for zipping to work or to the grocery store, and it costs less to maintain and operate than any other affordable automobile. We've loved our sky blue 2011 model, and we'll be upgrading to a slightly newer one this summer (with heated seats!) to reduce range anxiety on across-town trips.

$Monday: The Value of Wall Color 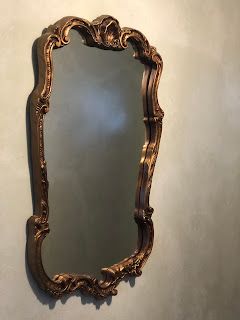 Home is where the heart is (and the office and the break room and the spa and the outdoor-distancing social gathering spot and the gym and basically our whole lives now). This year, the home color palette has become more important and more personal than ever. How is yours feeling after this cabin-fevered spring?

Wall colors affect the inhabitants of a room in complex ways. Each person may have a different response to each color, so get in touch with how different colors make you and your living companions feel, and consider repainting as a relatively affordable and easy way to improve your everyday quality of life--your mood, productivity, sleep quality, alertness during waking hours, and behavior. Consider different values (on a light/dark scale) of your favorite hues and how different finishes respond in your particular environment.

$Monday: Investing in Your Habitat 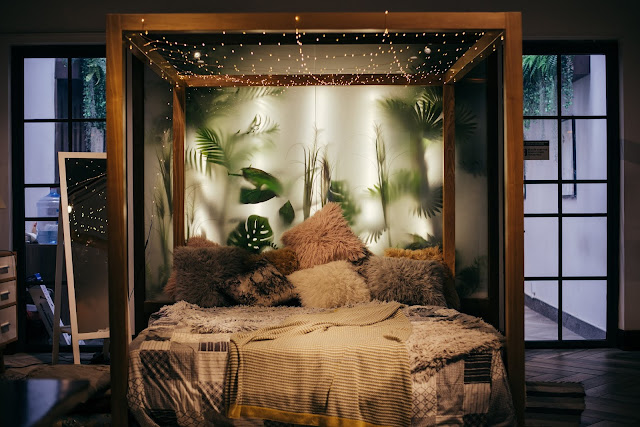 This post is not about house-flipping, slum-lording, or monetizing a rental property. It's about investing in your habitat, your very own sanctuary where you, as a person, and your personal finances can thrive and grow. Access to safe and stable housing, independent of income or wealth, is an essential rung on the ladder to economic security. Where you live is as important as, if not more important than, how much money you make. Your home and its location determines your:

everyday level of safety from violence and natural disasterseveryday safety from indoor hazards such as electrical fires and structural damage ability to preserve health with adequate indoor/outdoor spaces for exercise, hygiene, restful sleep, food preparation, air quality, and clean tap waterproximity to your lifeline of family and friendsconnection with local arts and culture access to nutritionaccess to educationexposure to healing and stress-relieving elements of nature access to safe and reliable methods of …
Read more